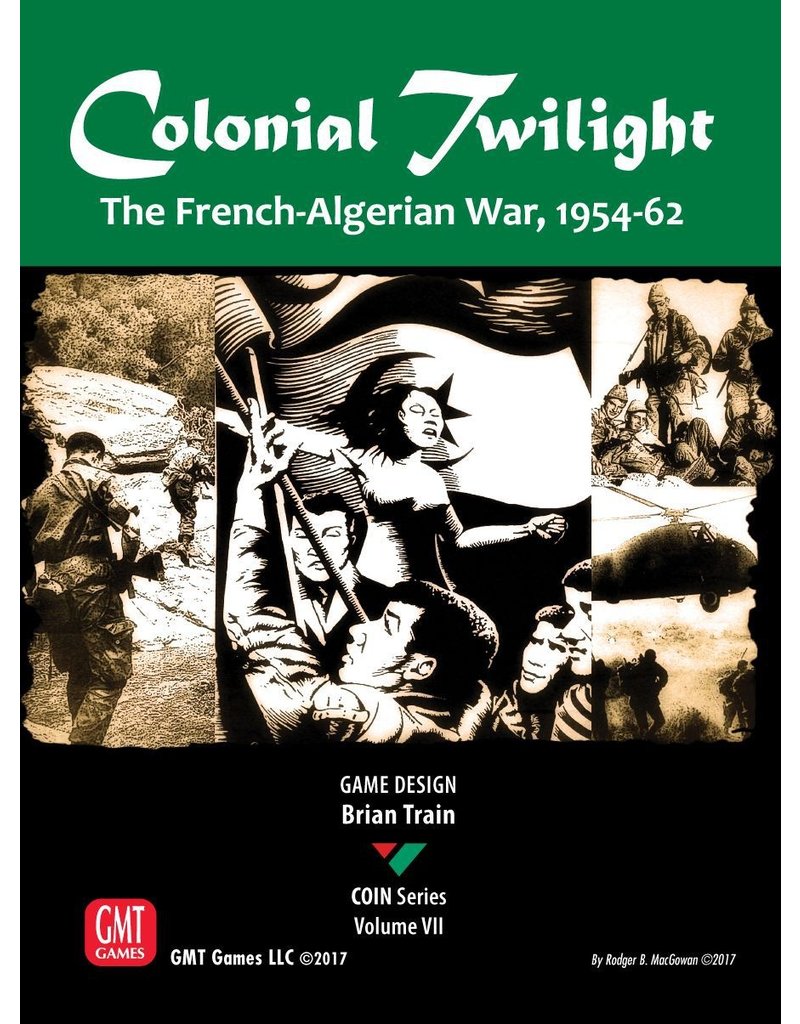 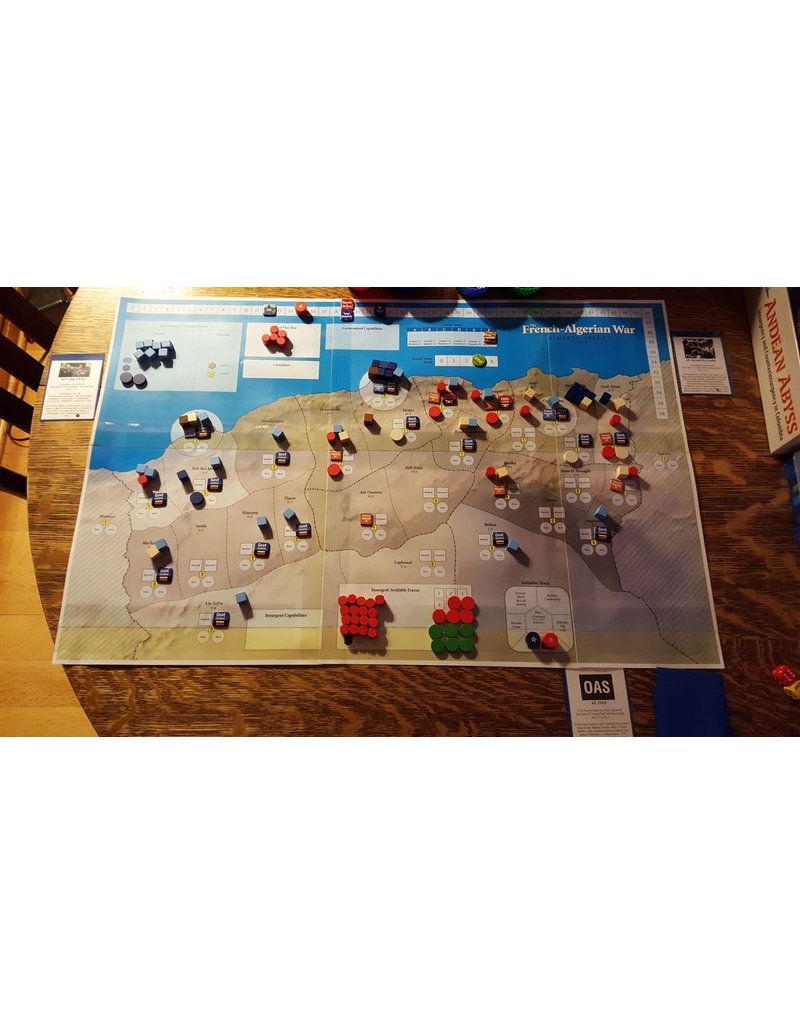 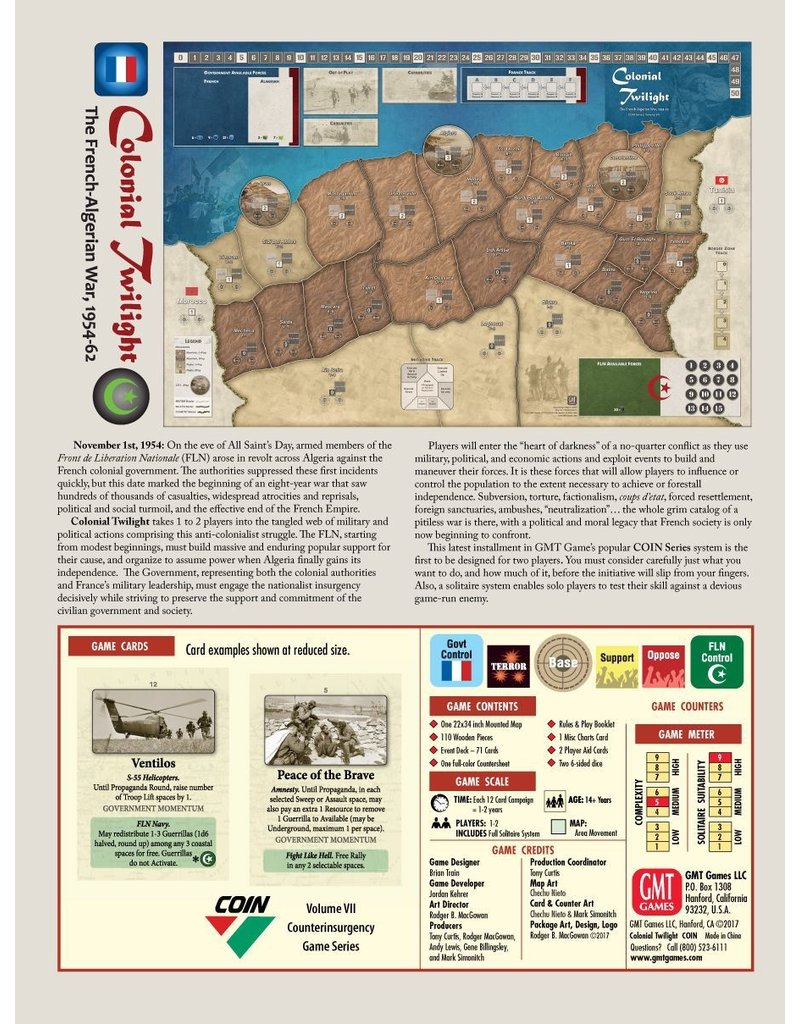 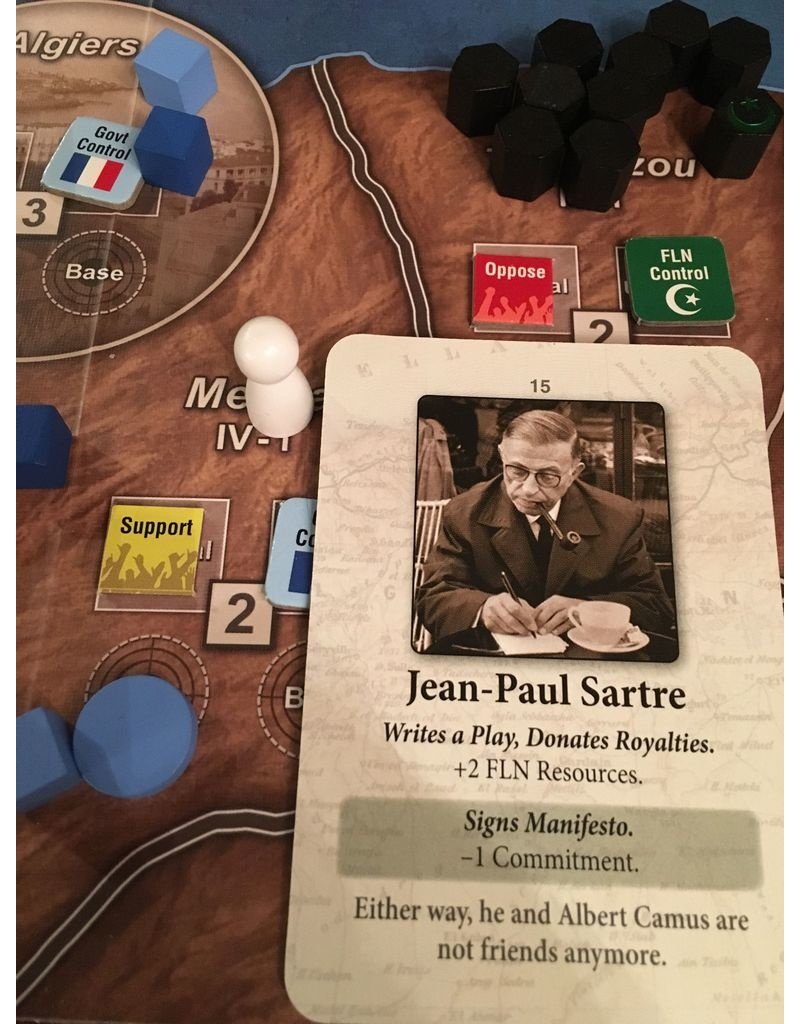 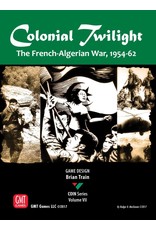 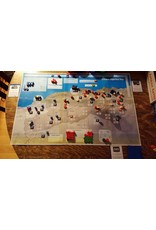 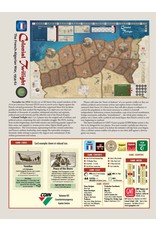 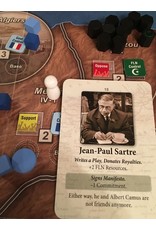 Colonial Twilight takes 1 to 2 players into the tangled web of military and political actions comprising the French-Algerian war of 1954-62.

The insurgent Front de Liberation Nationale (FLN), starting from modest beginnings, must build massive and enduring popular support for its cause and organize to assume power when Algeria finally gains its independence. The Government, representing both the colonial authorities and France’s military leadership, must engage the nationalist insurgency decisively while striving to preserve the support and commitment of the civilian government and society. Players will enter the “heart of darkness” as they use military, political, and economic actions and exploit events to build and maneuver forces to influence or control the population or otherwise achieve their aims along the twisting route to independence.

This installment in GMT’s popular COIN Series system is the first to be designed for two players. You must carefully consider just what it is you want to do, and how much of it, before the initiative slips from your fingers. Also, a full solitaire system enables solo players to test their skill against a devious game-run enemy.

From the Casbah to the Aures, are you ready to run the gauntlet?