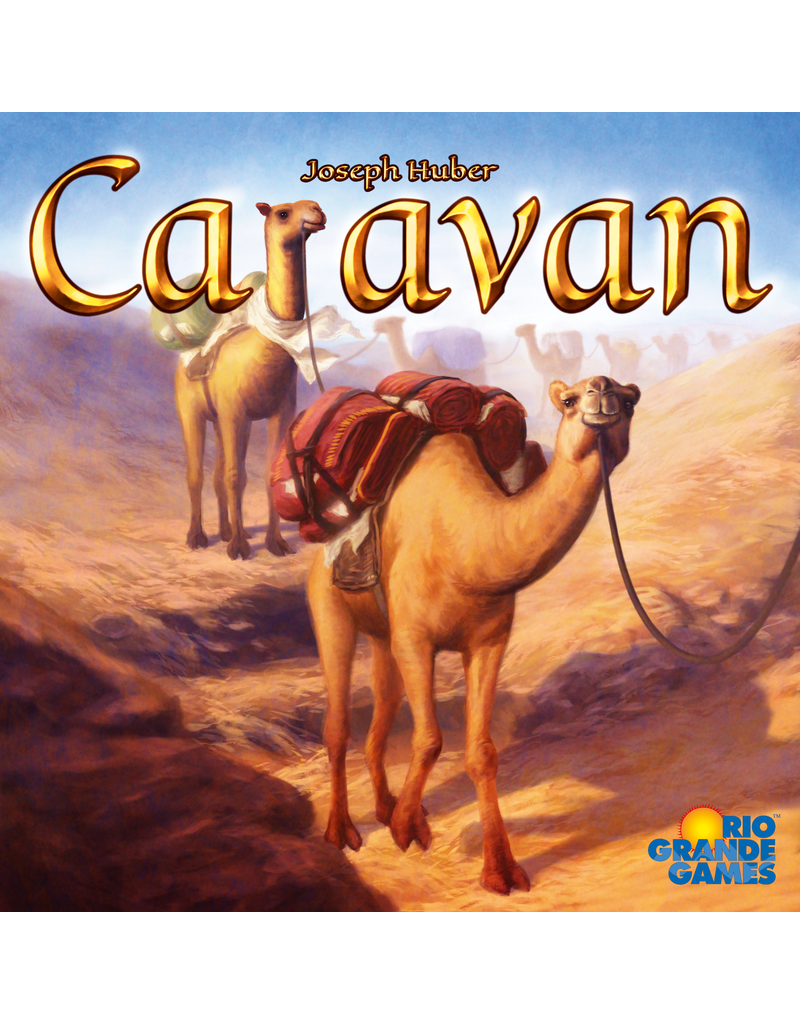 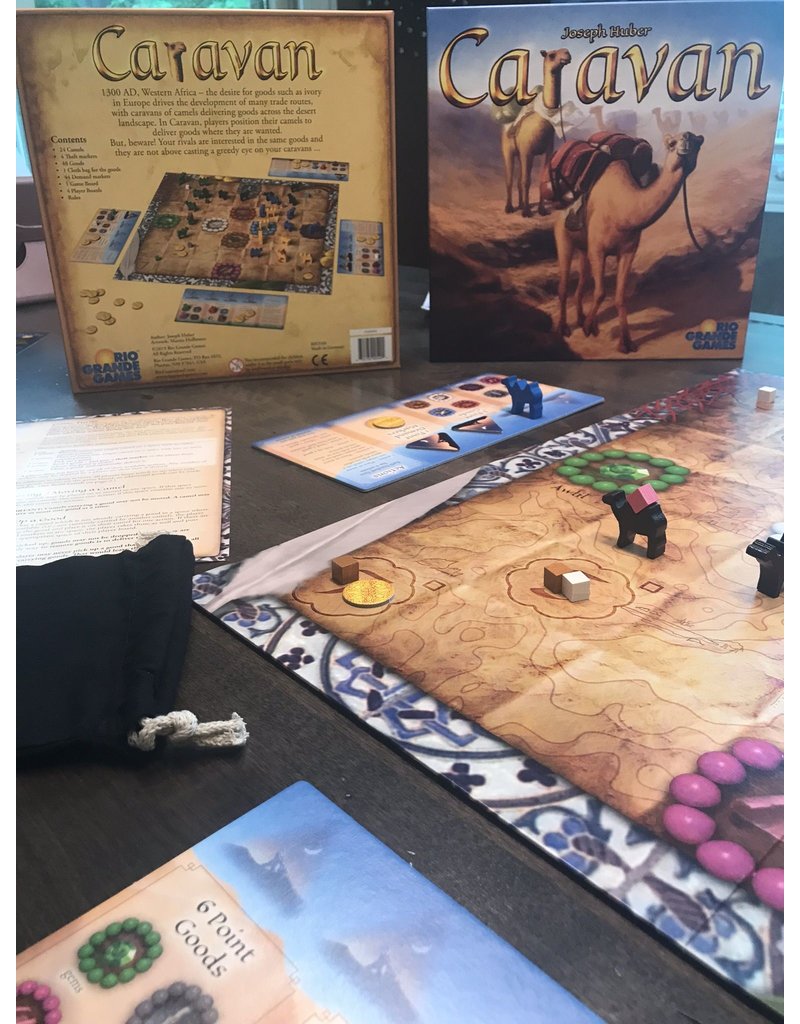 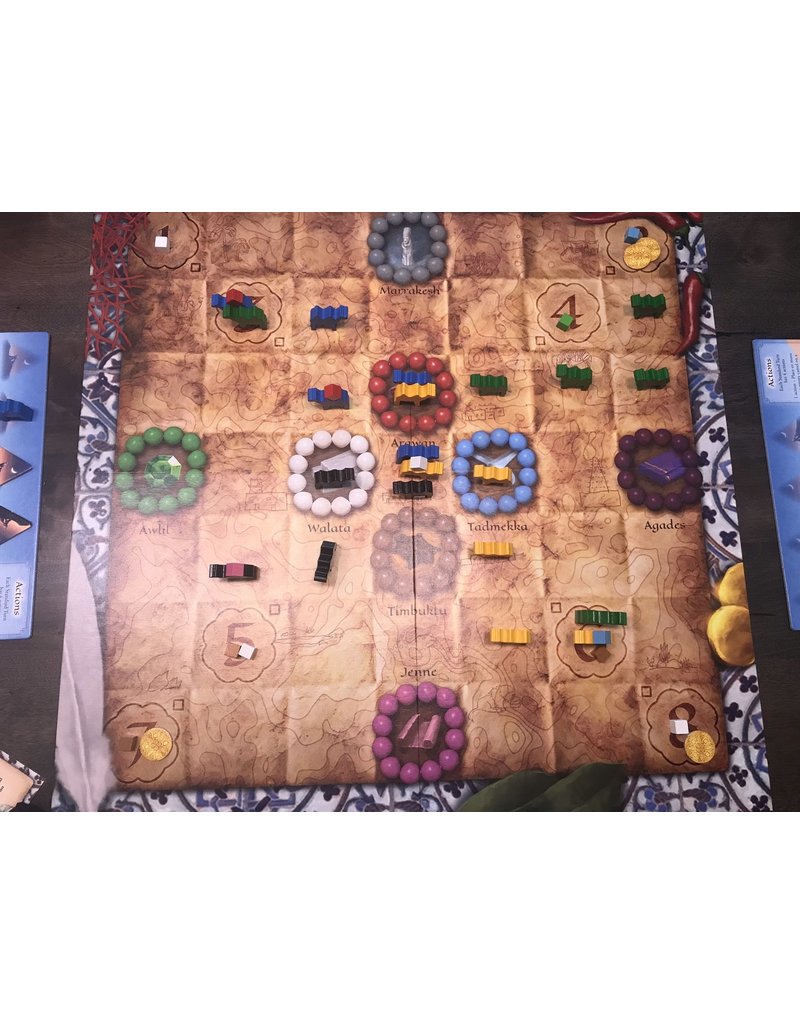 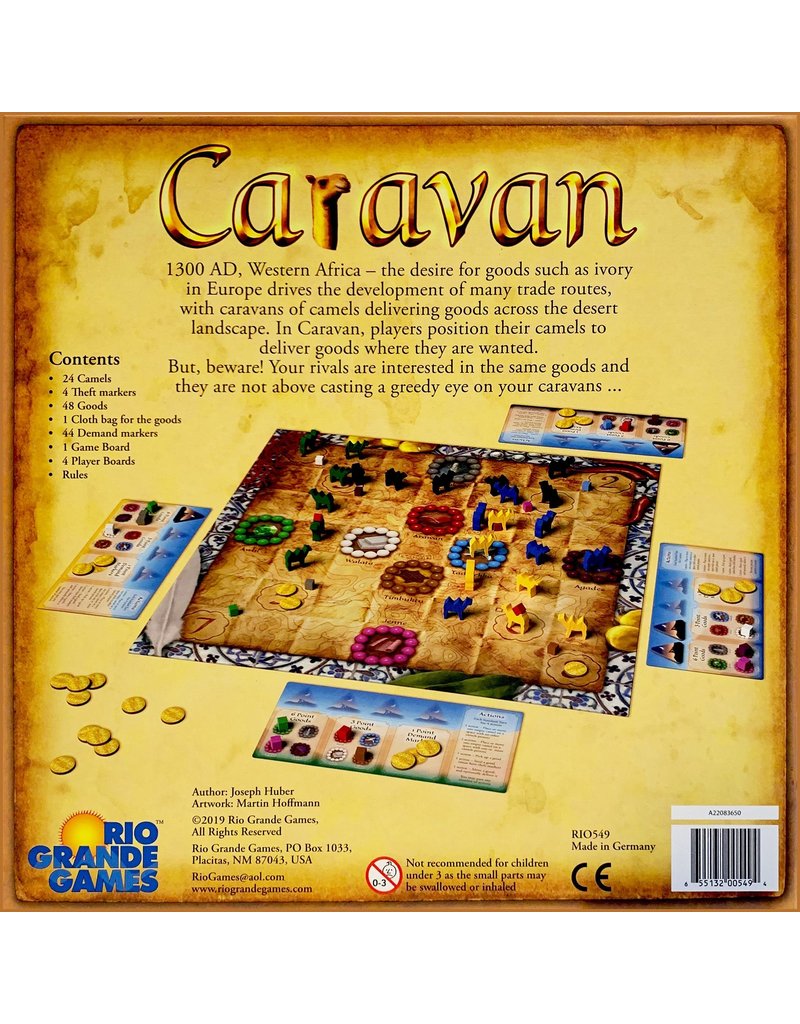 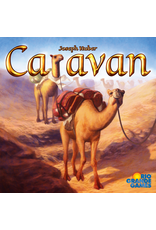 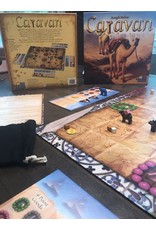 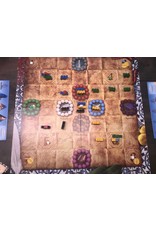 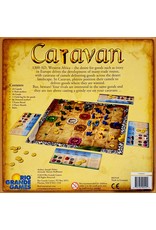 1300 A.D., Western Africa — the desire for goods such as ivory in Europe drives the development of many trade routes here, with caravans of camels delivering goods across the desert landscape.

In Caravan, players must use their camels to deliver goods where they are wanted. Each player starts with five camels in their color (or six in an introductory game), and the game board is seeded with eight goods on the spaces numbered 1-8, with demand markers placed on the goods at spaces 1, 2, 7 and 8. The first player in the game takes one action, the second player two, and so on until someone takes four actions, after which each player can take up to four actions on their turn. Actions are:

If you move a good to a camel located in the city that wants that good (as indicated by color), then you remove that good from the board and keep it. As soon as four goods have been picked up (not necessarily delivered), pause the game and place a demand marker on each good still on the board; in addition, refill the empty numbered spots with a good from the bag.