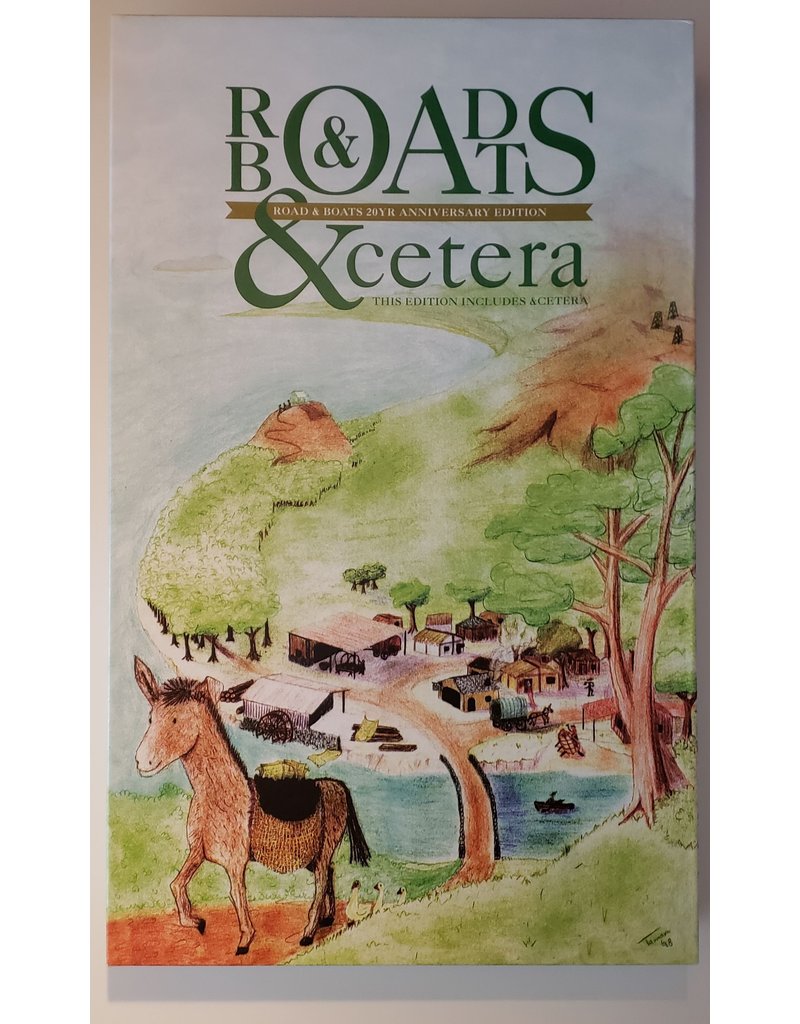 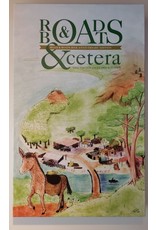 For the 20th anniversary of Roads & Boats, the game is being reprinted for the fifth time. This edition will include the &Cetera expansion, so the game can be played with up to six players and you will get all the additional modules of &Ceteraincluded in the game. There are no other changes to the game.

In Roads & Boats, each player builds a civilization over a long period of time, as in many other games. Unlike most games, however, the emphasis is not on warfare, population growth, city or statebuilding, but on logistics, or rather on transport. Each player starts the game with three donkeys, a pile of wooden boards, a number of stones, and two geese. With these few resources, you try to build such diverse things as woodcutters, roads, boats, mines, a stock exchange... but beware! There is no concept of territory in this game! You cannot own land, nor buildings, so the things you build can be used by any other player...

The original game can be played by two to four players, but it can also be used as a one-person puzzle.