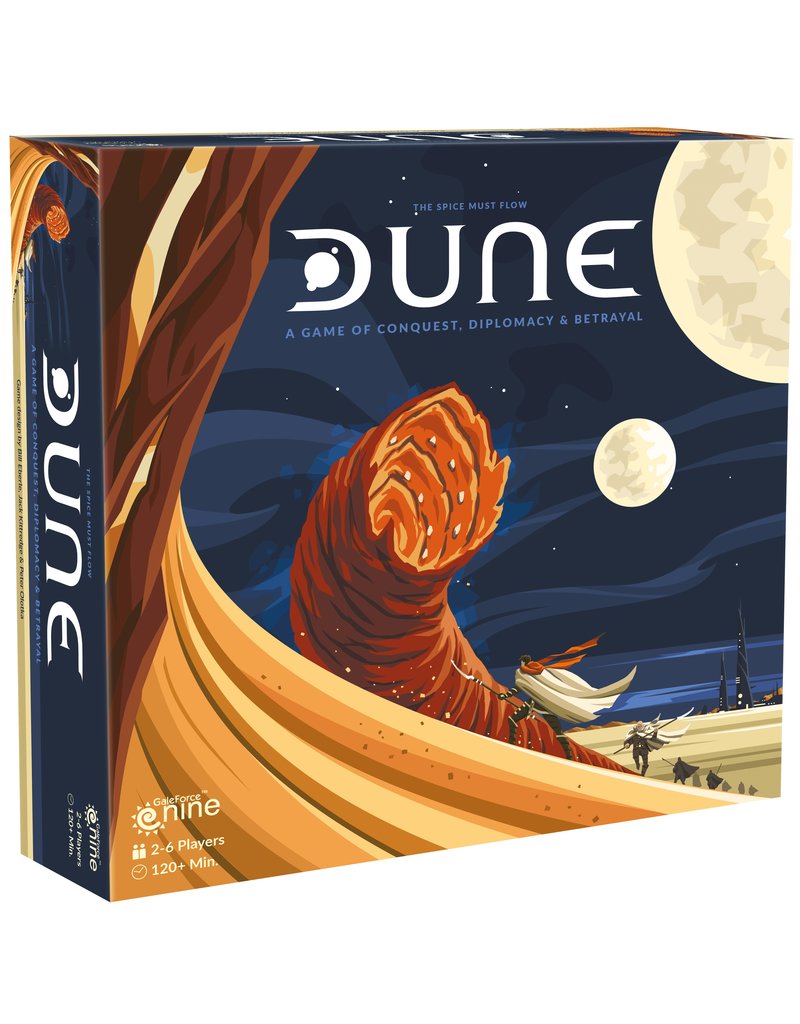 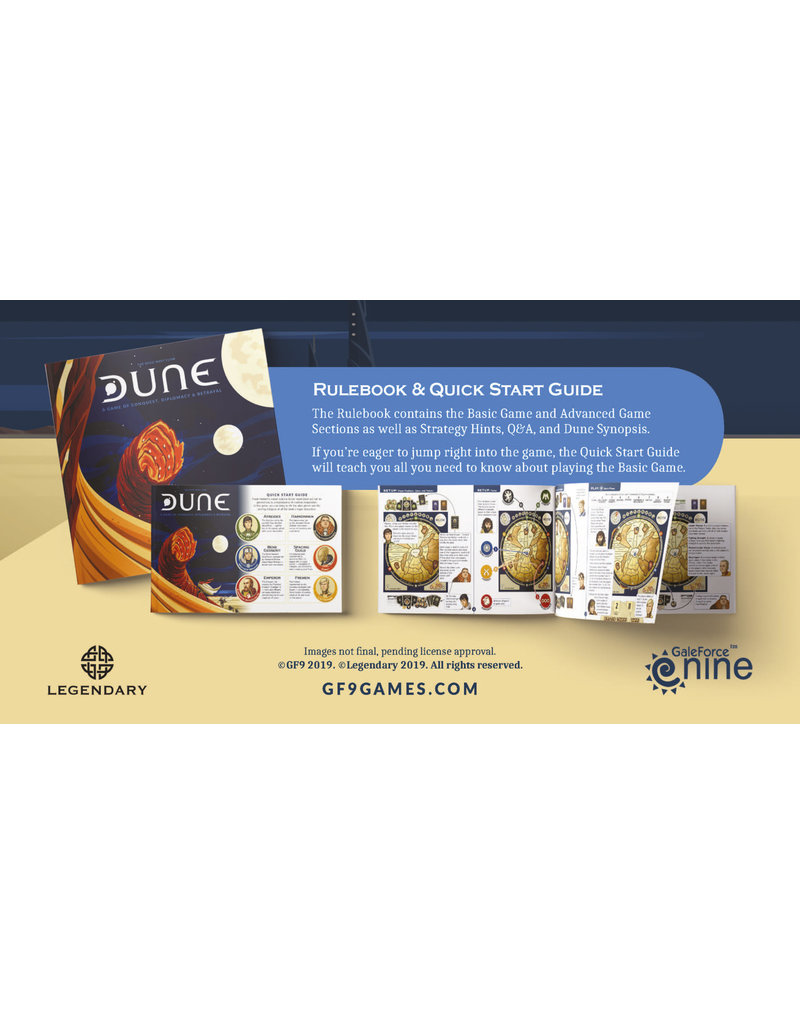 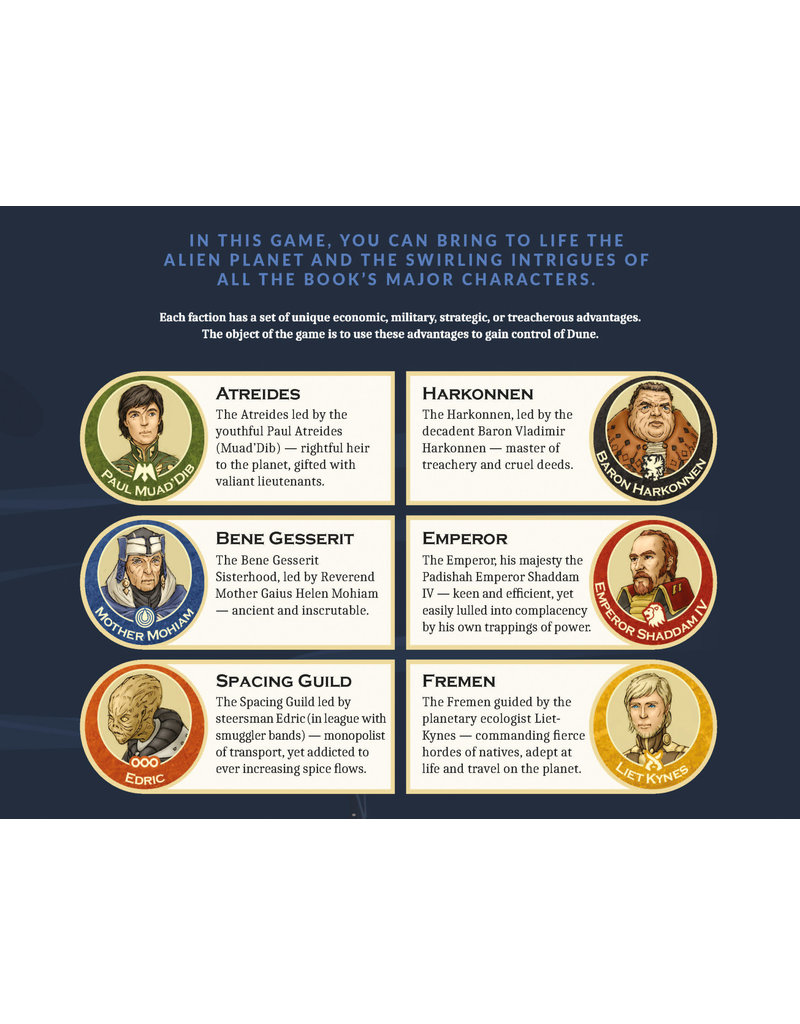 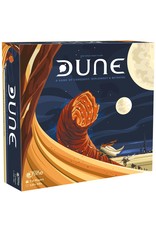 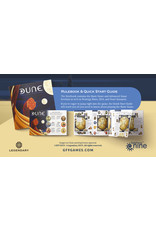 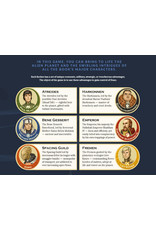 This is an updated version of the 1979 classic board game, Frank Herbert’s Dune.

Dune is an asymmetrical strategy game with components of warfare and diplomacy. Players compete for control of territories, and a player who controls 3 of the 5 territories with strongholds wins the game. Players have to do this while dealing with a constantly roaming sandstorm which both annihilates their units as well as also producing Dune’s currency of spice.

The updated version of Dune remains almost identical to the original hit game, and includes rule clarifications as well as additional cards to make the game more accessible to new players.

Dune is an excellent game for its gameplay, as well as capturing the feel of Frank Herbert’s Dune universe itself.