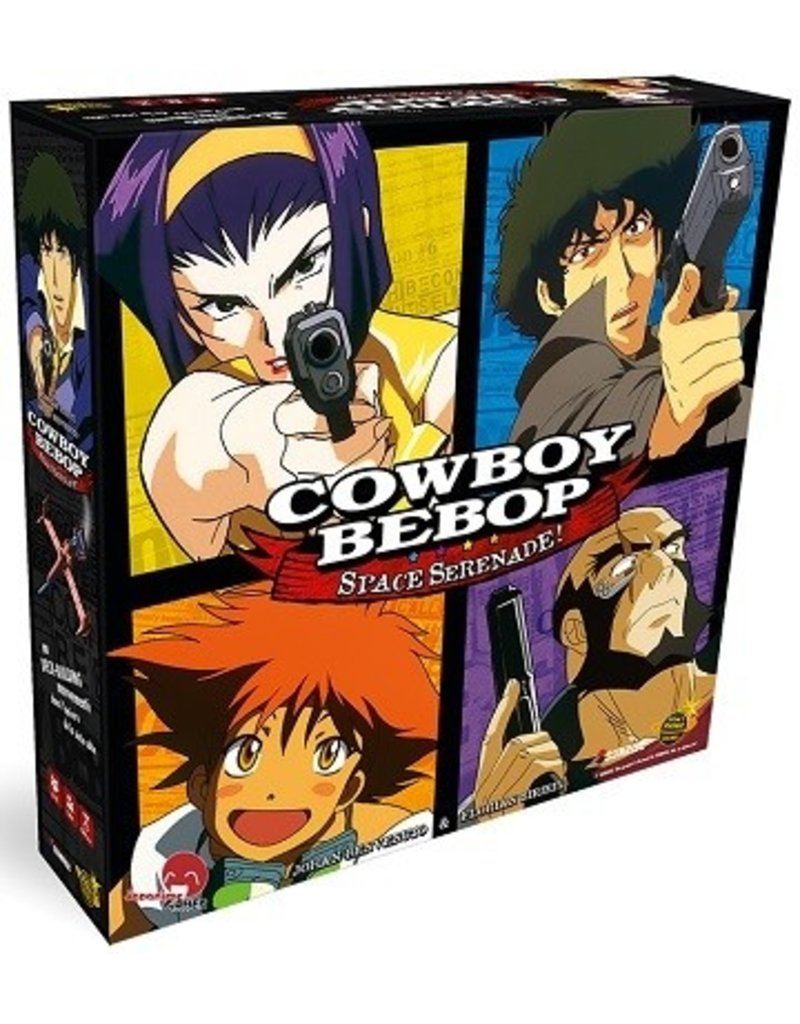 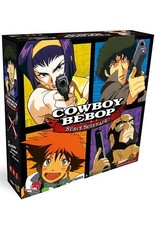 Cowboy Bebop: Space Serenade is a competitive deck-building game with 2 to 4 players in which you play one of the four members of the famous Bebop crew.

Each player tries to prove that he is the best bounty hunter by getting the most reputation points at the end of the game. To do so, they will have to capture the criminals wanted by the ISSP, in a spirit of limited collaboration.

During the game, players will be able to buy cards that will allow them to improve their personal deck, in order to better manage the resources necessary for their victory. They will also be able to move from planet to planet with gas or use their special abilities and even those of other players if they have in the same place as them.

The game ends when the terrible Vicious is captured or has fled.