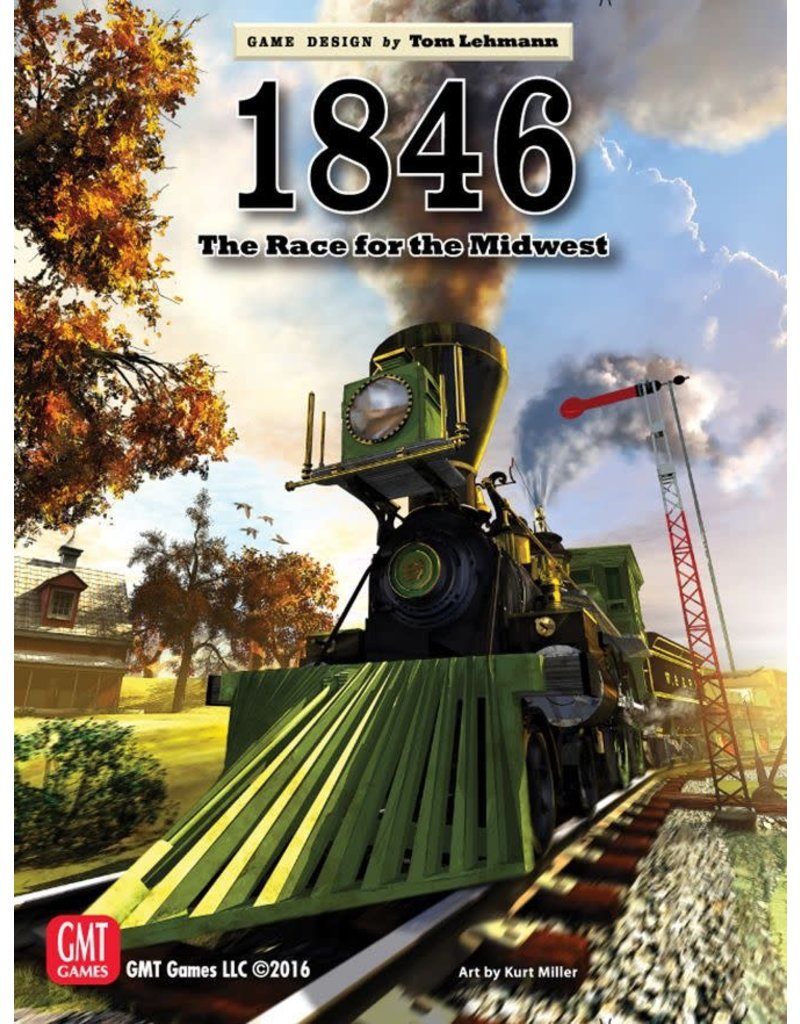 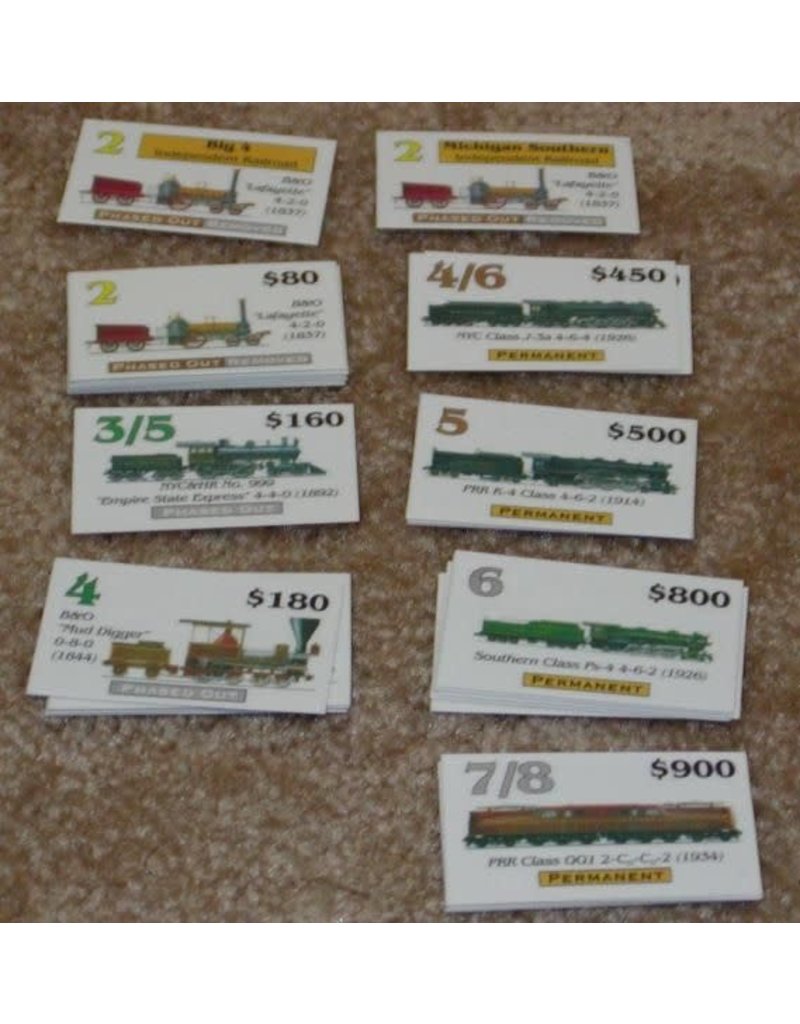 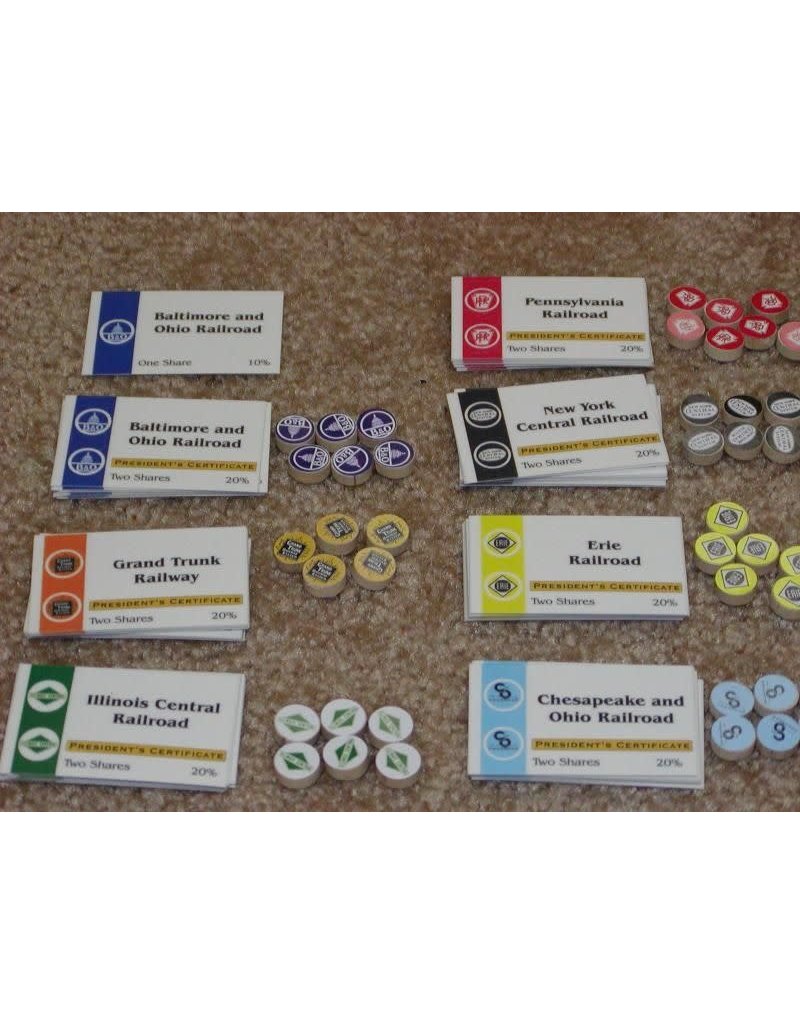 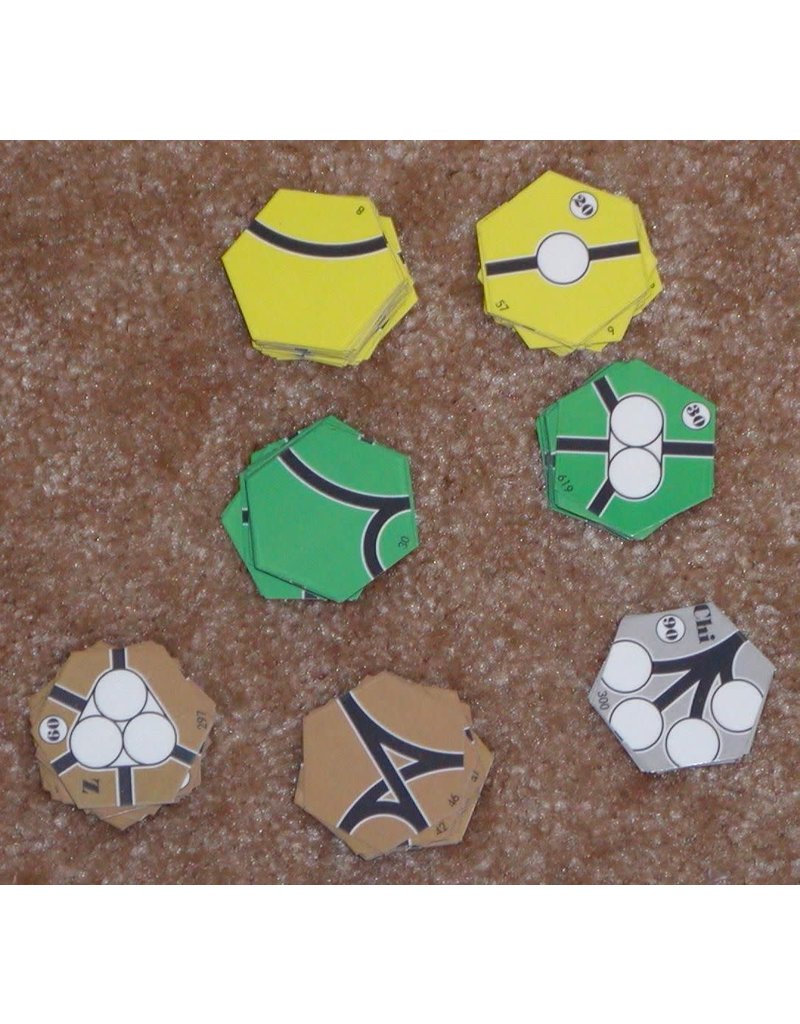 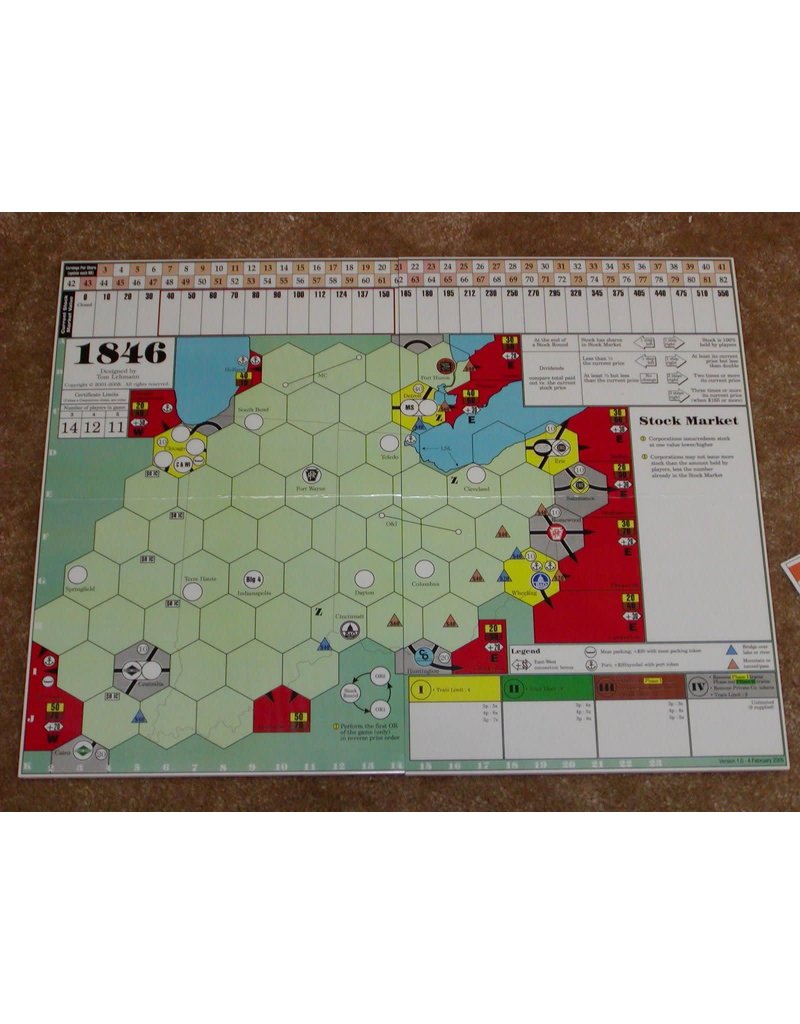 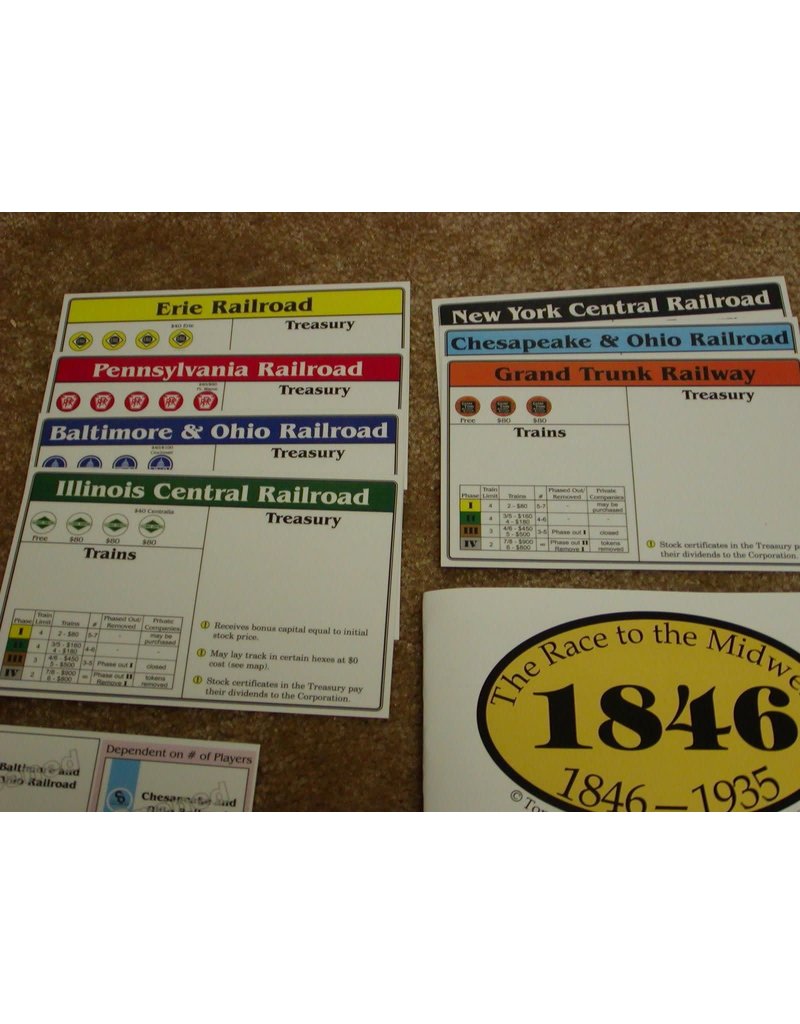 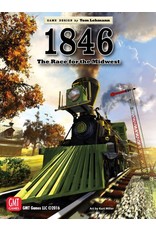 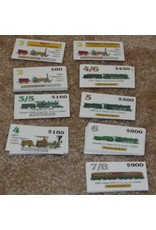 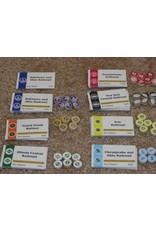 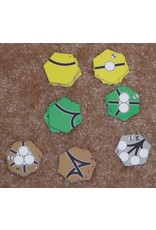 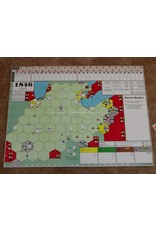 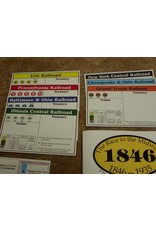 1846 is an 18xx game set in the Midwestern United States.

1846 – the midwest railroad boom has gone bust, leaving in its wake hundreds of failed local railroads.  Sensing opportunity in the economic vacuum, five large eastern railroads ( the New York Central, Erie, Pennsylvania, Baltimore and Ohio, and Grand Trunk out of Canada) seek dominance west of the Alleghenies.  Can you, as a nineteenth century tycoon, knit together these profitable rairoads with the midwestern remnants to form the most profitable rail network stretching all the way to Chicago or St Louis?

Each railroad – with its President, the majority stock holder, making its decisions – lays track, builds stations, runs routes, and possibly pays dividends to increase its stock price and give its shareholders cash for the next stock round.

A railroad can instead retain its earnings to buy bigger and better trains.  New trains – representing technological progress – cause older ones to go obsolete, with each President having to make up the difference if a rairoad doesn’t have enough cash to replace its trains.

Can you invest wisely, balancing your railroad’s cash needs while building the best stock portfolio?