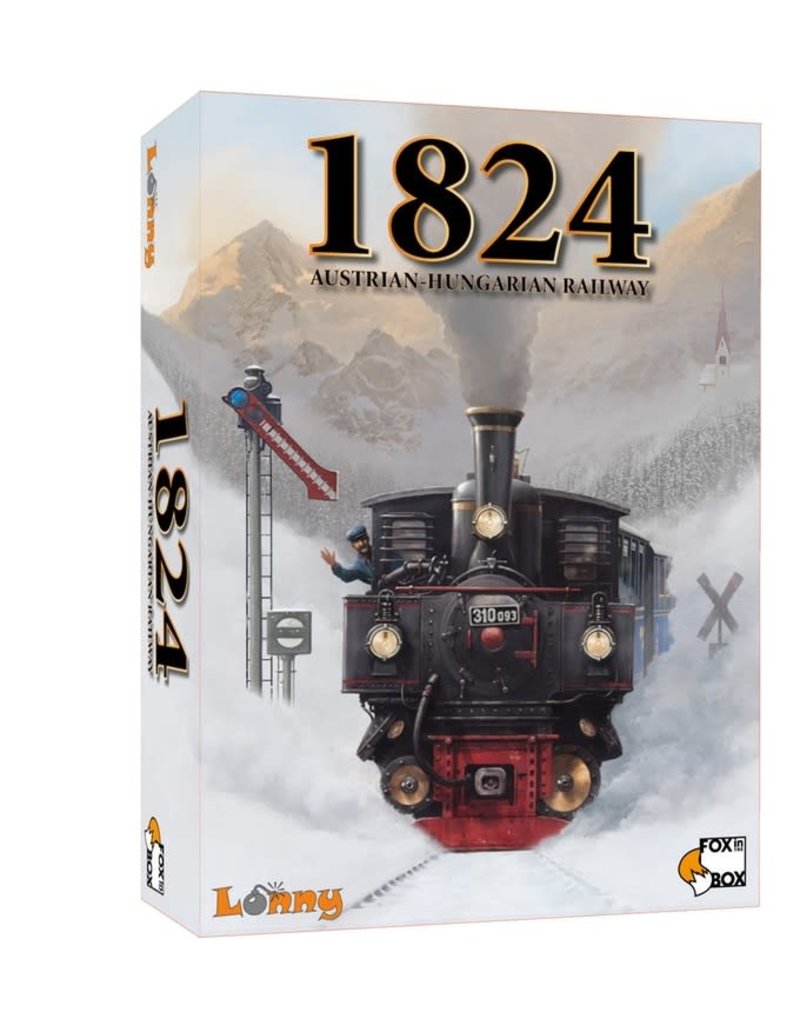 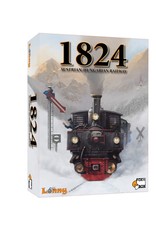 1824 Austria-Hungary is a railway building and share dealing game for 2-6 players. (YES! 2 Players game is new variant with new map!)

This kickstarter campaign supports the professional reprint of Leonhard Orgler's and Helmut Ohley's self-published version from 2005.

You use the yellow, green, brown and grey tiles to create a rail network on the map. Just as in a real railway business, the track in the game connects railway stations to each other. The trains (train cards) make notional journeys from one station to the next and thereby earn money. The (imaginary) passengers pay for their journeys. The more numerous and the more important the stations on a train's journey are, the more money it earns for the company and its shareholders.

The player who has the greatest wealth in cash and shares at the end of the game is the winner.

In this 18xx title you have two different types of trains: Normal passenger trains and goods trains which have to start from one of the four coal mines. Companies may always trade in a train for a train of the next type.

There are not that many 18xx games on Kickstarter. They are specific, heavy and hardly to master games. If you are interested in this type of games you may also want to consider support of another 18xx project 18Chesapeake by Scott Petersen.

Visit the kickstarter page of 1824: Austria-Hungary

Fox in the Box